Home>Match Reports>A draw is always a good result in Wales! 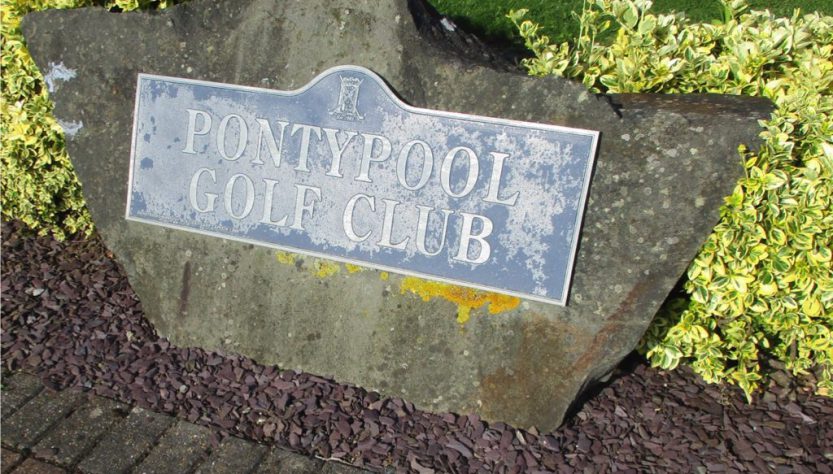 Somerset Golf Captains travelled over the bridge to Pontypool Golf Cub on Wednesday, the 7th of August to compete against the Gwent Captains Golf Society for the 32nd time. The journey from Somerset was wet and the forecast not very good, but we were lucky to play in dry and cool conditions with enough wind to keep people on their toes.

In match one, John Beer and David Bate made the mistake of winning the first hole (schoolboy error!!). The Gwent pair of Nigel Morris (Society Captain) and Tony Tubb used their shots well and, despite some fine golf from David,  were soon two up. Gwent remained ahead until the 15th when they were three up with three to play. The skipper then came to life with pars on 16 and 17 which meant that Somerset were one down with one to play, ….and then the Gwent captain got up and down from 30 yards to secure a half and a victory by the margin of one up.

In match 2, Mike Rossiter and Glyn Sewell had a great game in the good company of Gwent captains Judith Wenman and Pontypool Captain Graham Burch. The course was in great nick and, although Glyn would not comment on the game, at least he didn’t have blisters on his feet!  Both teams played some good golf but Somerset ran out as winners by the margin of 2&1.

In match 3, the Somerset boys of Marcus Woodward and Mike Usher-Clark somehow grabbed a half from Ray Hooper, in hot form, and Gwent Presient Ron Evans; aka  “the hells angel of Gwent” on his 8 mph buggy. Fun friendship and new friends is the best of captains golf.

In match 4, Geoff Rooke and Colin Davis enjoyed great company with their hosts, Mike Kenny and Norman Nicholas.  This was a good game where Somerset snatched a half from being in a winning position. The course was in very good order, and should be played twice.

In match 5, John Chillington and Mark Swallow (making his debut for Somerset Golf Captains) claimed that they were robbed by Bill Jones and Olly Davis! Joking aside, it was a fantastic game played in exactly the right spirit. A half was definitely the right result. A great course and great company.

In match 6, Rob Hirons and Keri Allchurch for Somerset got off to a slow start and were three down through four holes to Andrew Eveleigh and George Cook, but they rallied twice to get a lead in a very tight match against two fine golfers and wonderful men. An early agreed half on the 18th tee summed up the spirit of this game.

So after six matches, four had been halved and one other had gone to the 18th. Overall score currently Somerset 3, Gwent 3. Matches 7 & 8 were very different!

Match seven saw Murray Parsons and Chris Hyldon playing for Somerset against lan Wilmott and Terry Martin for Gwent. This match was nip and tuck all the way, until Somerset won by six and five! A great pair to play with-generous with putts and unfailingly polite and helpful all the time. Murray was not feeling very well (and left immediately after the match) but still helped to secure a vital pint for Somerset.

In March 8 , match manager Andy Carter played with Phil Barrett against Chris Doody and Richard Palmer. The spring was coiled and Somerset were all set when the Gwent secretary’s phone went off with the message “anything to win“. Phil and Andy went down to the luckiest pairing by four and three!!!  A great course and a good walk, …….no a very good walk.

After the match the players enjoyed the late afternoon sunshine watching the remaining groups finish from the balcony overlooking the 18th green on this splendid course. The players then moved into the dining room and enjoyed a wonderful roast beef dinner. Both captains used their speeches to thank the Pontypool golf club and the catering staff before John Beer invited Mike Rossiter to tell his Welsh joke!

John then announced that in the previous 31 matches Somerset had won15, Gwent had won 14 , and two had been halved. The result of today’s game was also a half and so Gwent retain the trophy and incur the engraving costs!

We would like to thank Andy Carter as match manager for his excellent organisation and especially for his good humour at all times – what a breath of fresh air Andy brings to Somerset Golf Captains.