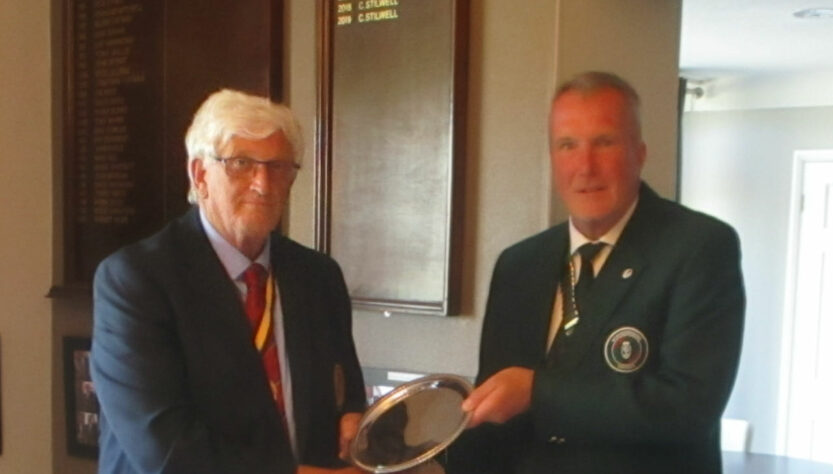 Weston-Super-Mare Golf Club was the venue for the annual fixture between Somerset Golf Captains and Worcestershire Golf Captains on Tuesday, the 5th of July 2022.

In match one, Rob Ford and club captain Ian Goldsworthy played against Alex Bishop and Clive Marsh. Very enjoyable course and the home side a little lucky at times but still secured a victory by the margin of 4&3.

In match two, Jim Boyce and Matt Baker played against Paul Walker and Martyn Lesner. This was a very enjoyable day with some good golf and some not so good golf! Worcestershire winning by the margin of 2&1.

In match three, Mike Poole and Ian Gover played against Keith Thorn and and Kim Smith. This was a very close game played in excellent spirit; great company and a great day out Somerset winning by being 1 up after 18.

In match four, Alan Hurford and David Morgan played against Colin Day and Kevin Woodham. A thoroughly entertaining game of golf and the best team won by the margin of 3&2:  a good day at the races for Somerset and some cracking company.

In match five, Matt Lazenby and John Shakesby played against John James and Martin Wilds. This was a close game until back-to-back birdies killed the Somerset team on holes 14 and 15. Worcestershire won by the margin of 3&2.

In match six, Scott McKechnie and Mike Snaith played against Derek Tranter and John Eastoe and won by the margin of 4&3. What great company; some good golf and some not so good golf! The slight breeze caused some issues at times.

In match seven,  Tony Taylor and Jeff Saunders played against Andy Lomas and Trevor Hare and won by the margin of 2&1! A very good game played in a good spirit and another point to Somerset.

Last but not least, in match eight, Roy Parmiter and Brian Reeves played against Richard Hardy and Rob Millward. Great company with Rob and Rich as everyone watched Brian Reeves play very well. We think he must have liked the greens and used his shots very well to lead to a Somerset victory by the margin of 4&3.

And so, on completion of all eight matches, the final score was Somerset 6 Worcestershire 2, and Somerset retained the trophy for another year.

Both teams enjoyed the delicious meal and would like to thank Weston-Super-Mare Golf Club for their hospitality and for the quality of the golf course.

We would also like to thank Roy Parmiter of his efforts as match manager. 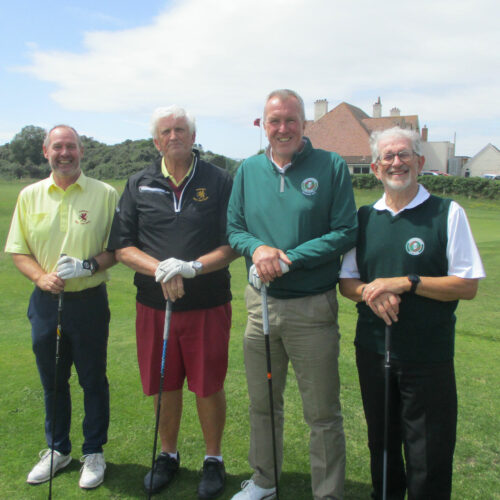 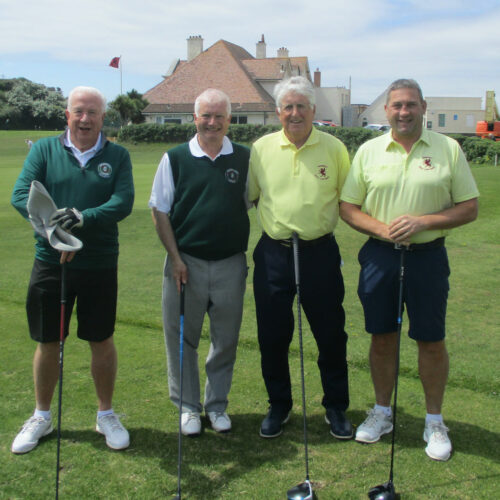 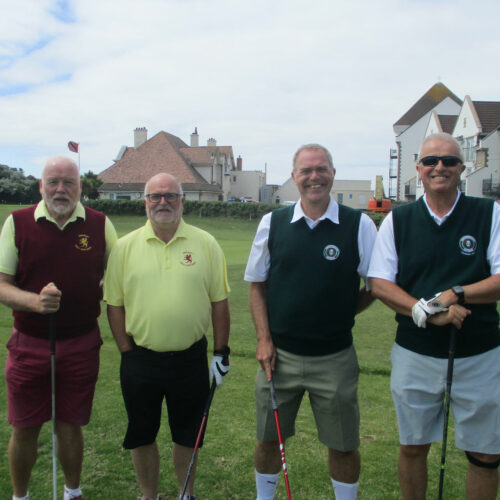 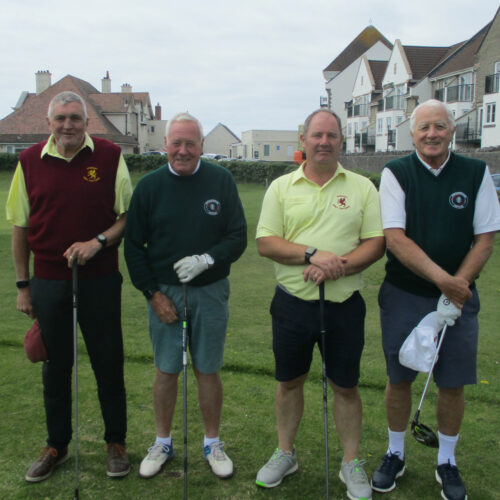 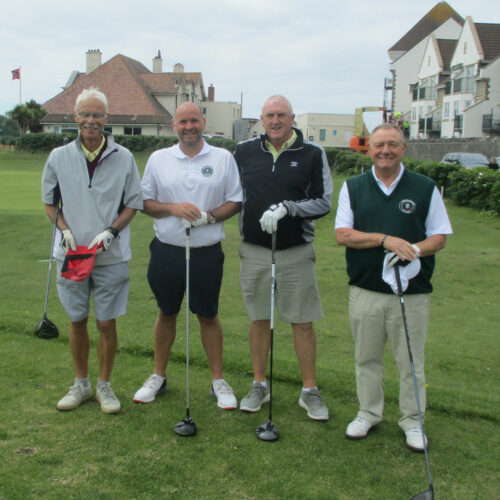 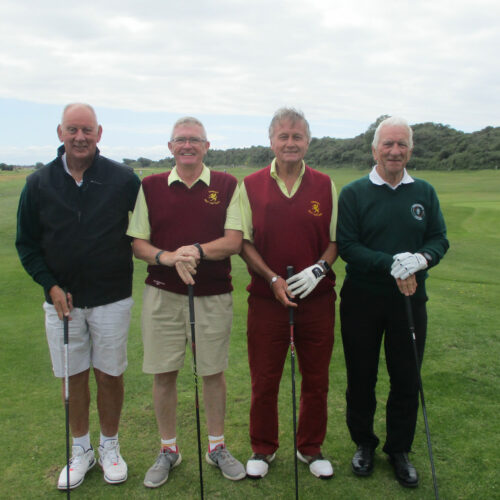 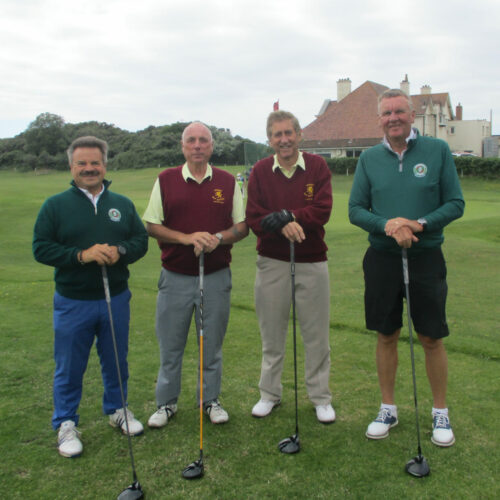 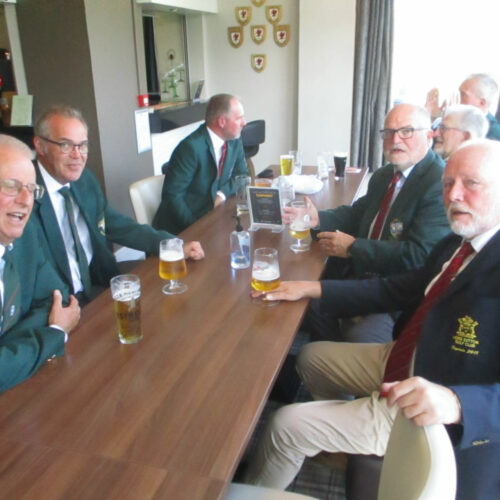 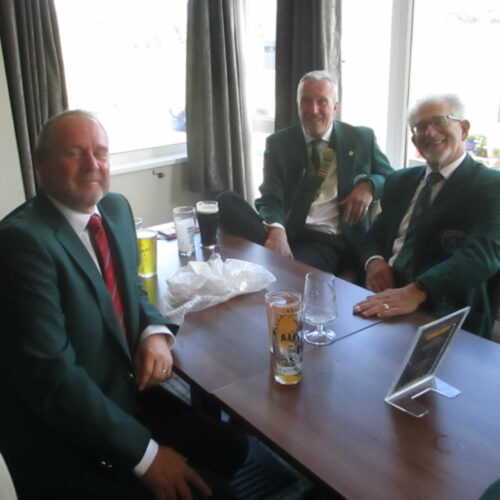 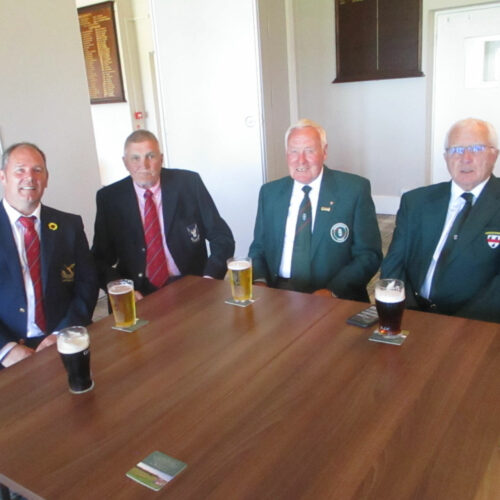 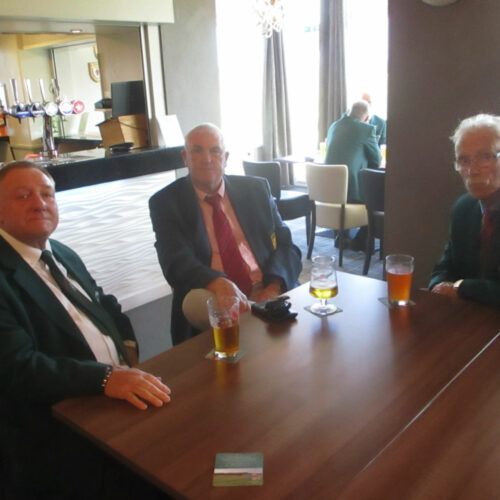 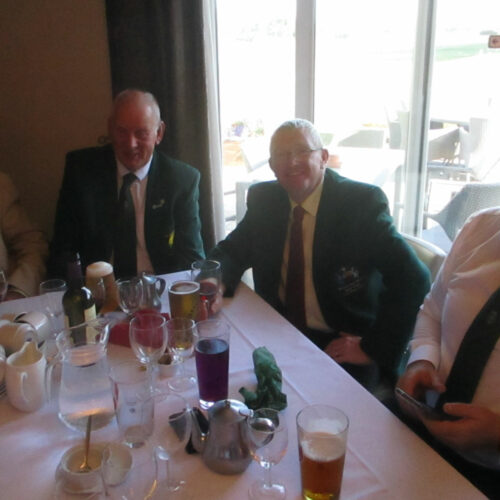 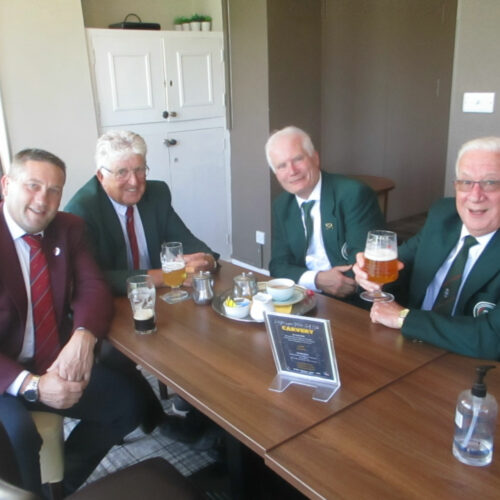 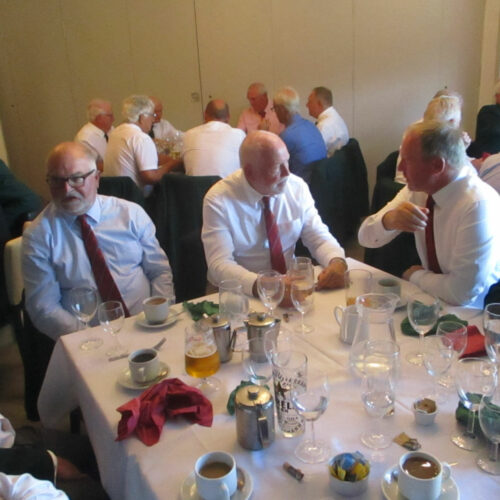 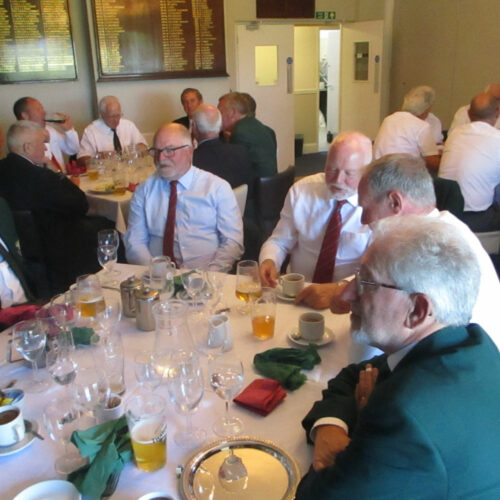 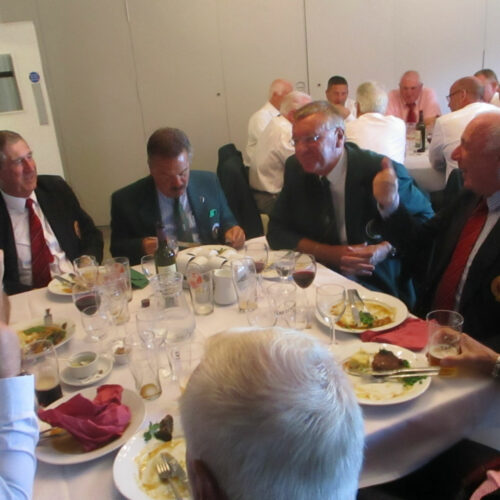 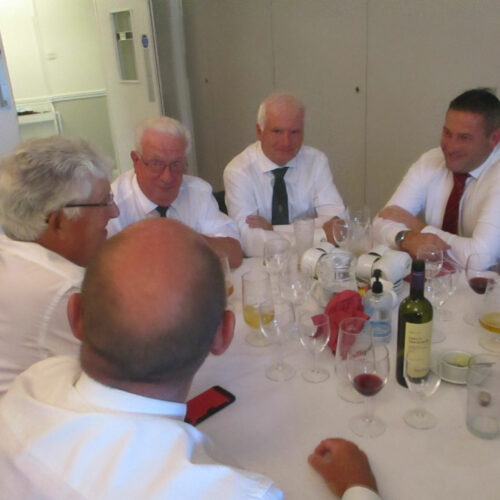 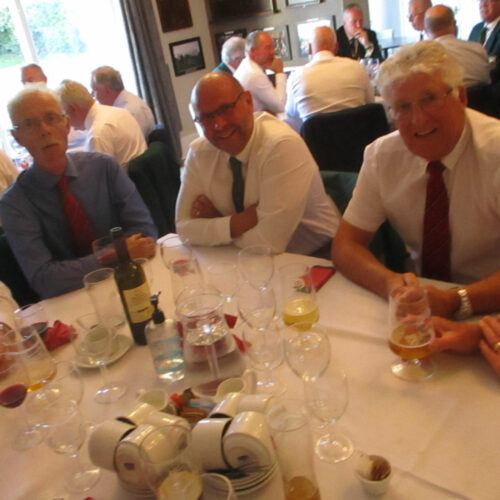 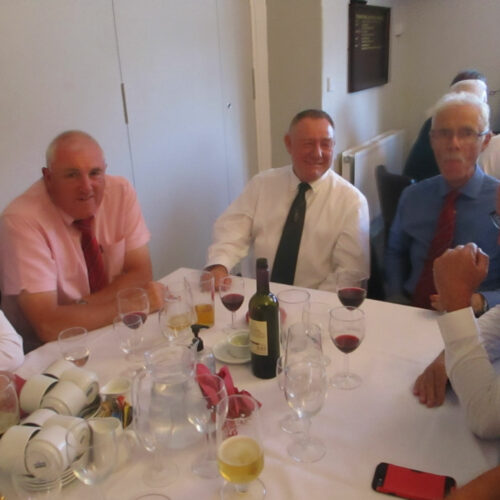 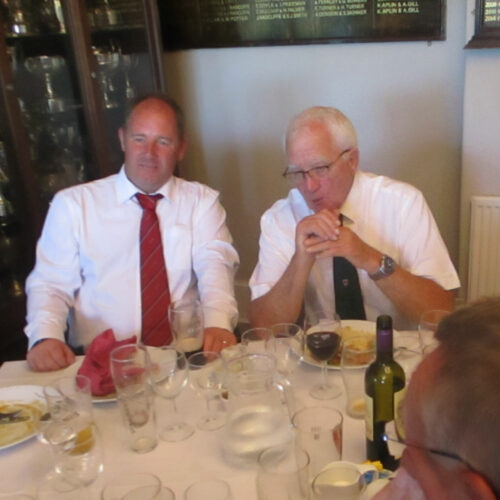 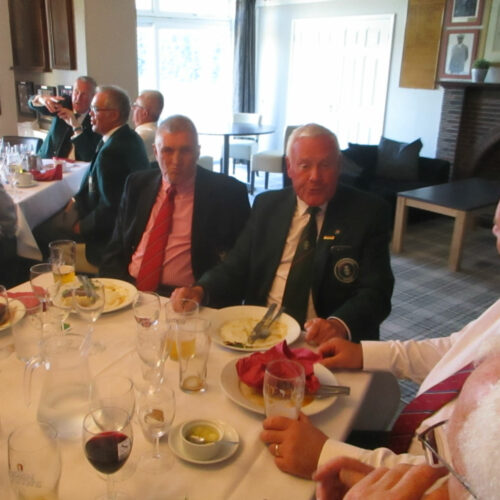 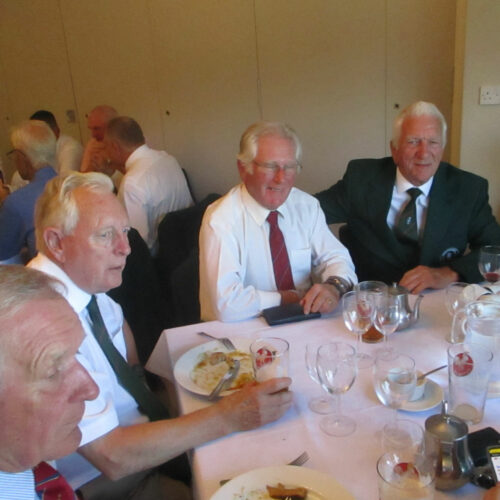 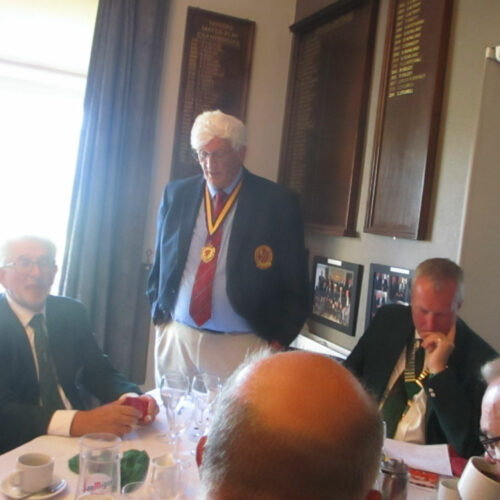 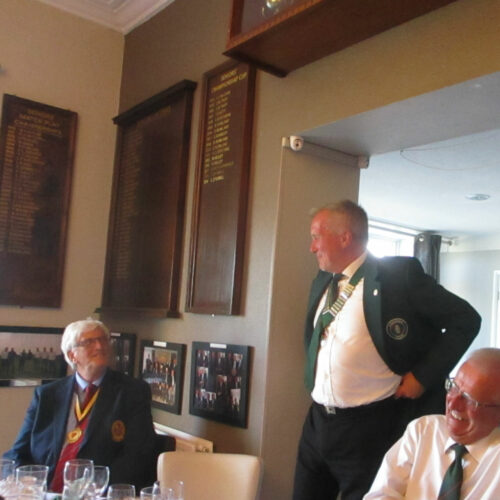 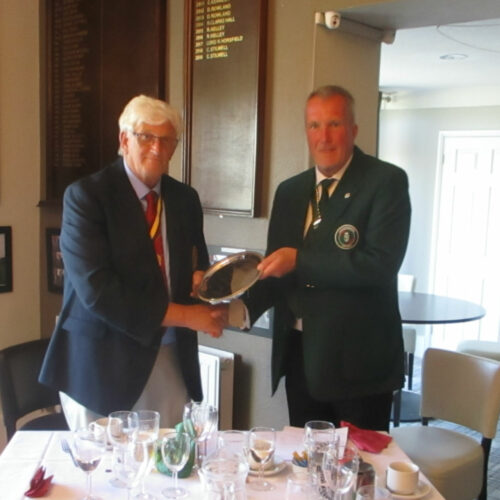 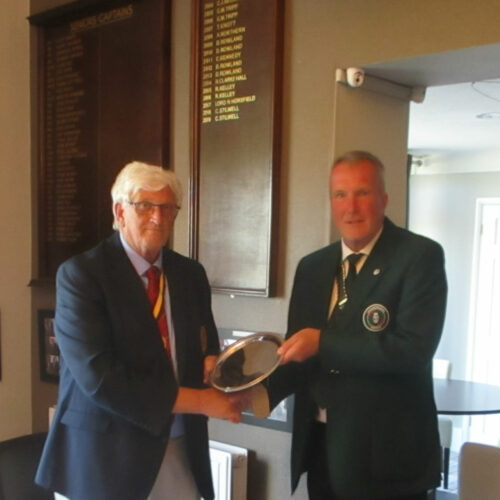