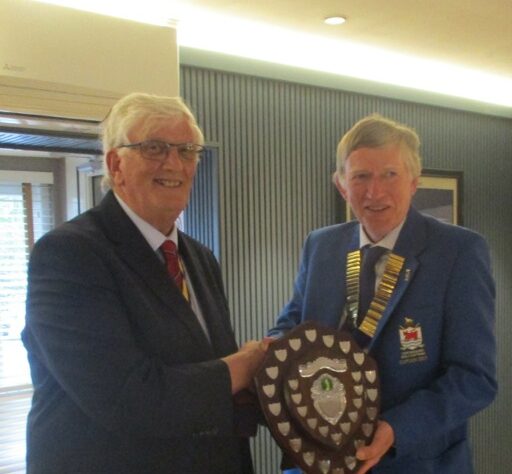 The Springs Resort and Golf Club was the venue for the opening match of the 2022 season when Somerset Golf Captains travelled to Oxfordshire on Thursday, the 27th of April.

After several weeks of dry weather, the fairways and greens were firm; on an otherwise chilly and cloudy day. Captain of Captains Rob Ford was in charge for the first time, and he also welcomed Tony McCallum from Bath Golf Club who was making his debut for Somerset Golf Captains.

In match one, Rob Ford and Clive Stilwell played against Rob Daniels and Colin Whittle. This was an up-and-down match which Somerset pulled back from being three down after 13 – before losing by one hole on the 18th! Somerset couldn’t quite level things up – but Captain Rob will win one soon!

In match two, Robin Griffiths and Tony Taylor played against Dave Drew and Dave Haddock. Early on in the game, the Somerset players just couldn’t avoid the bunkers – and generally Somerset couldn’t get the ball onto the greens! All in all, the Somerset pair were given a total golf lesson before losing by the margin of six and four.

In match three, John Beer and Tony McCallum played against Keith Henley and John Rees. What a great course and great company. Both team played some stunning goal at times, in a real birdie fest including seven gross birdies. The match was nip and tuck all the way round. Somerset went up early – two up after six holes and hung on to win by three and one. Debutant Tony McCallum finished birdie 3; birdie 3. Somerset finished with a better ball score for of four under gross.

In match four, Phil Barrett and Mike Poole played against Mike Hussey and Hans Menzel. What a great game.Mike and Hans were great company. Despite Somerset’s efforts for a draw, Phil sank a 10 foot putt on the last for a win. Excellent – one up after 18.

In match five, Chris Reed and Mike Snaith played against Danny Fois and Mike Atkins. This was a game played in good spirit with never more than one hole in it and ending with the inevitable half. The course was excellent as was the company.

In match six, Iain Robertson and Chris Hyldon played against Niall Campbell and Ian Allison. This was a very tight match played to a high standard by all 4 players. Level after nine holes, Ian promptly won two holes in succession and (by hook or by crook) Somerset hung on by halving the remaining to win by two and one. Iain made excellent use of his strokes in a great game of golf.

In match seven,  Kevin Blakely and Paul Burns played against Mark Wright and Malcolm Nutt. This was a very enjoyable course and some very good company. Just a shame that the Oxfordshire guys couldn’t putt! Cracking course and Somerset only too pleased to win after struggling to hold on from the turn. Kevin Blakeley finished one over par after 18 holes (just in case Andy Carter is reading this). A win by 4 & 3.

In match 8, Paul Chesney and Bob Acland played against Mike Sibley and Simon Berry. The Somerset pair were never down and three birdies in the first six holes put them four up at the turn including a long putt by Bob 8th (from off the green). Par on the 12 by Bob, and another long putt from him on 13, put Somerset in a strong position and ran out winners by five and four. Simon hit back with birdies at 4 and 12 but to no avail.

On completion of the golf, all the players enjoyed the comfortable surroundings in the impressive clubhouse before being served a delicious meal followed by entertaining speeches by the two Captains. It fell to the Oxfordshire Captain  of Captains Rob Daniels to announce the overall score which meant that Somerset retained the shield with a winning margin of 5 1/2 to 2 1/2.

An excellent start to the 2022 season which was thoroughly enjoyed by everyone who took part.

The golf course and overall set up with excellent and  the food and service in the clubhouse was exceptional.

We would particularly like to thank Iain Robertson as match manager for everything he did to make the day such a success. Let’s hope the season continues like this. 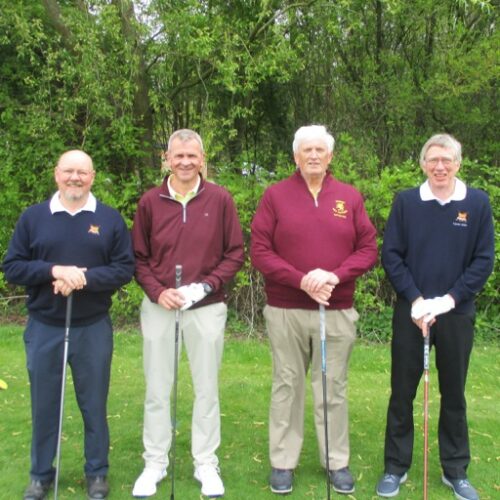 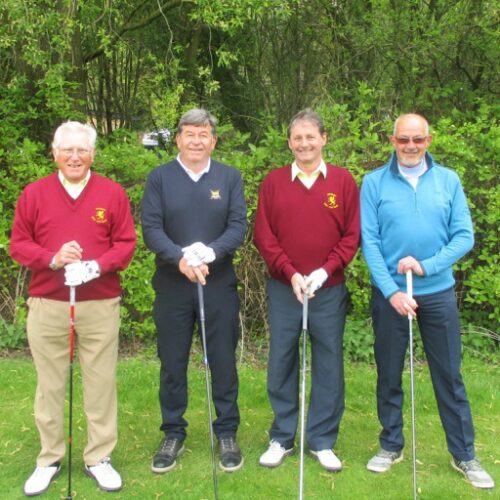 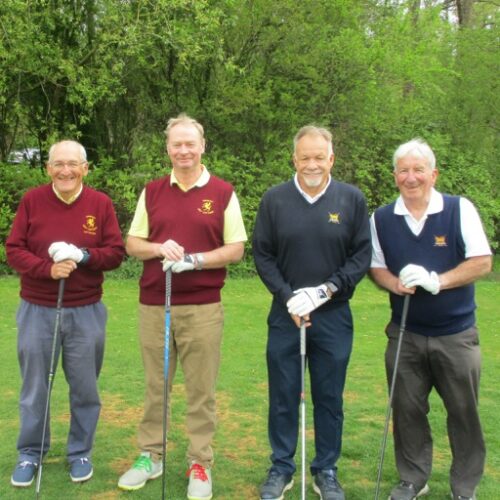 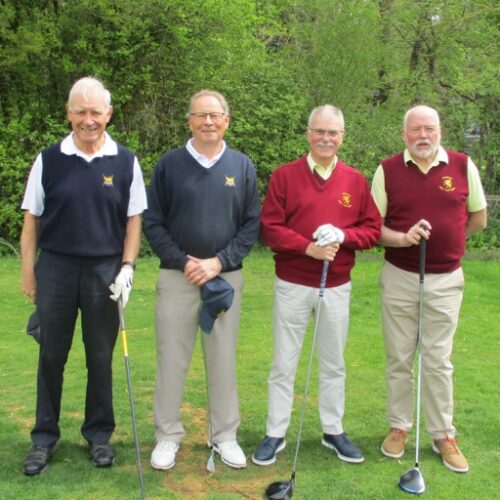 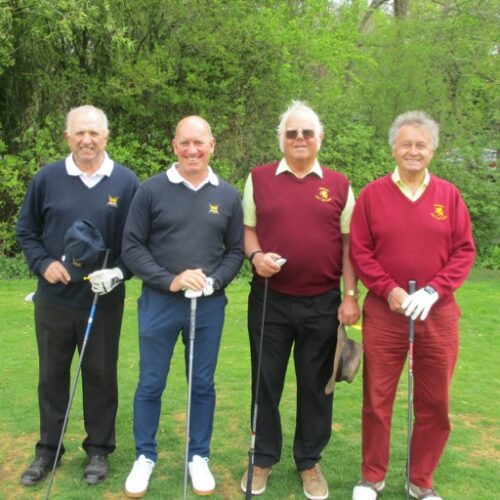 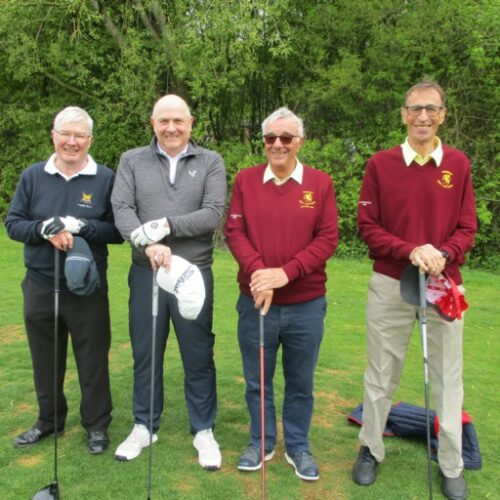 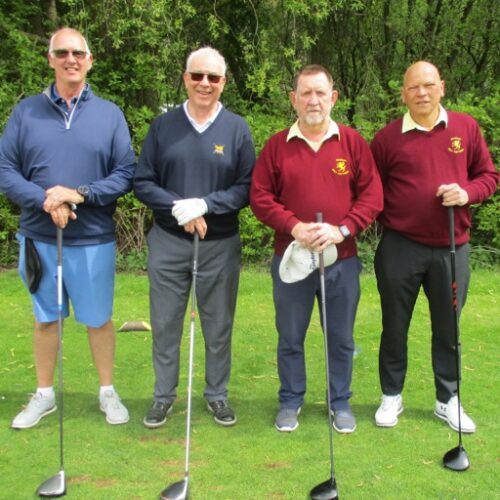 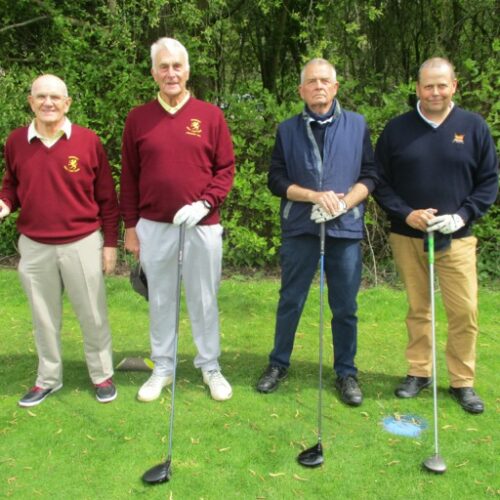 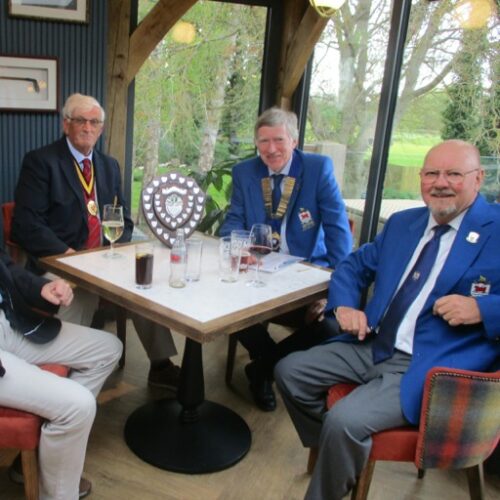 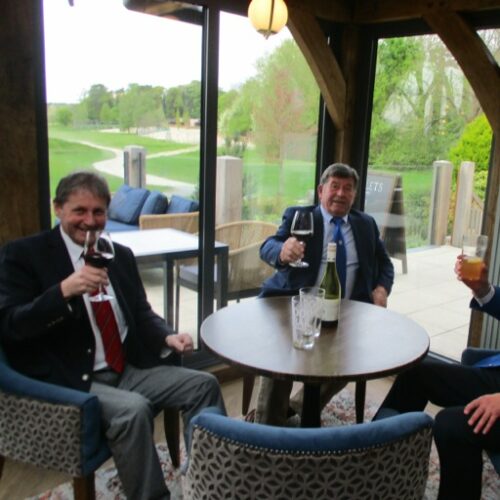 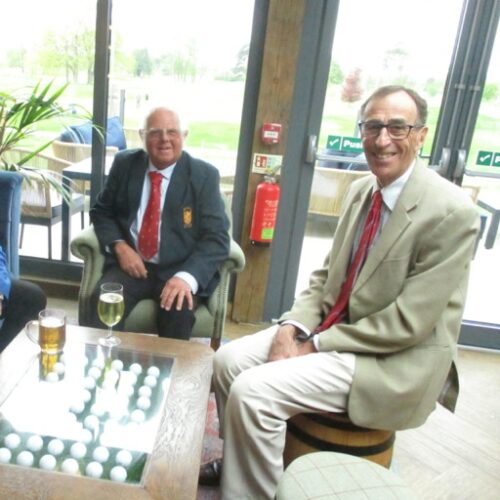 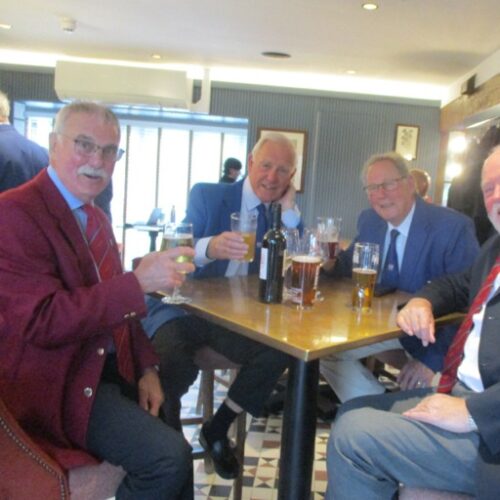 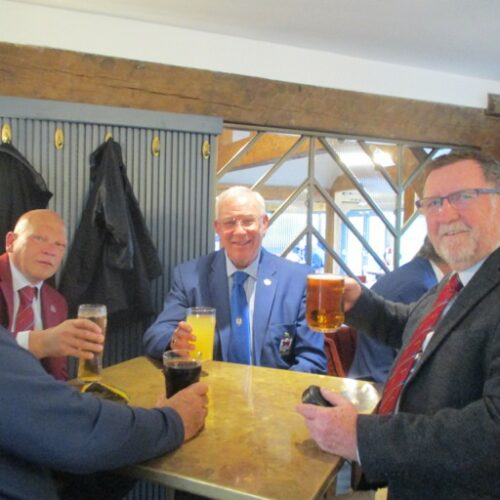 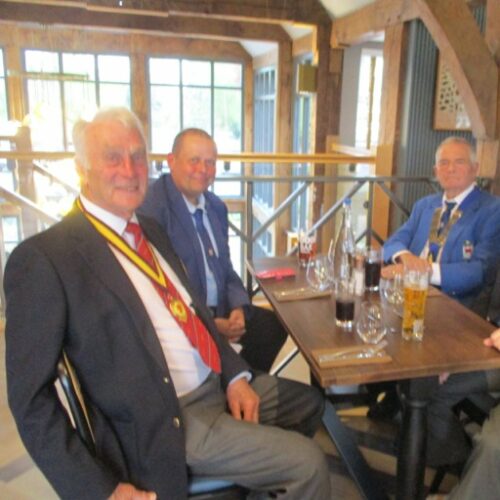 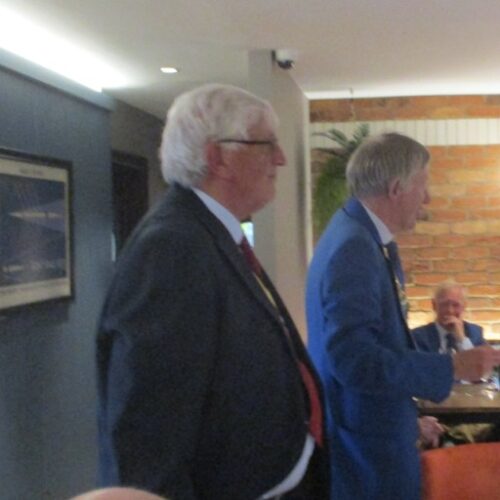 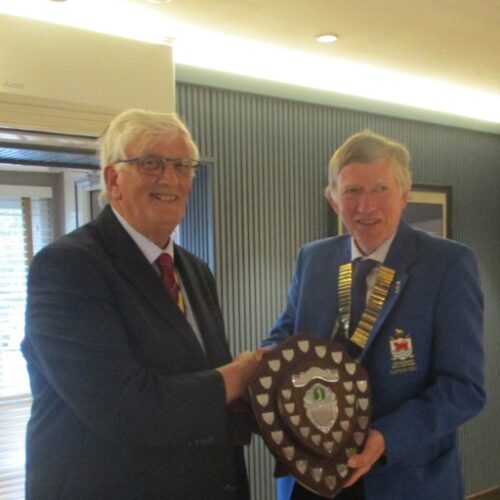 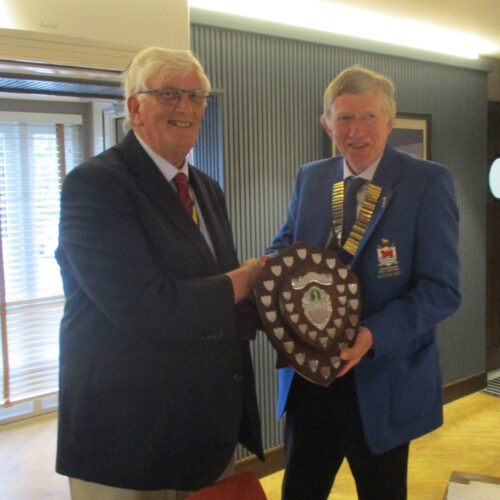 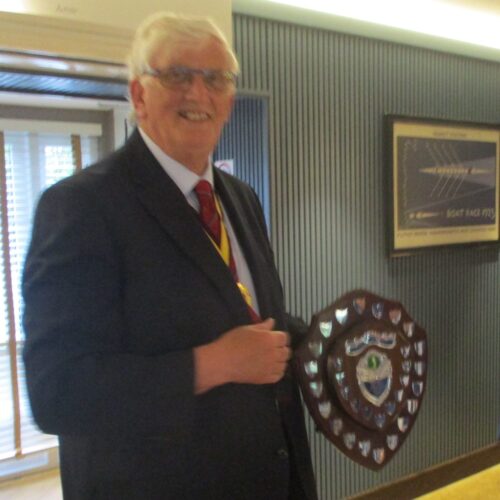