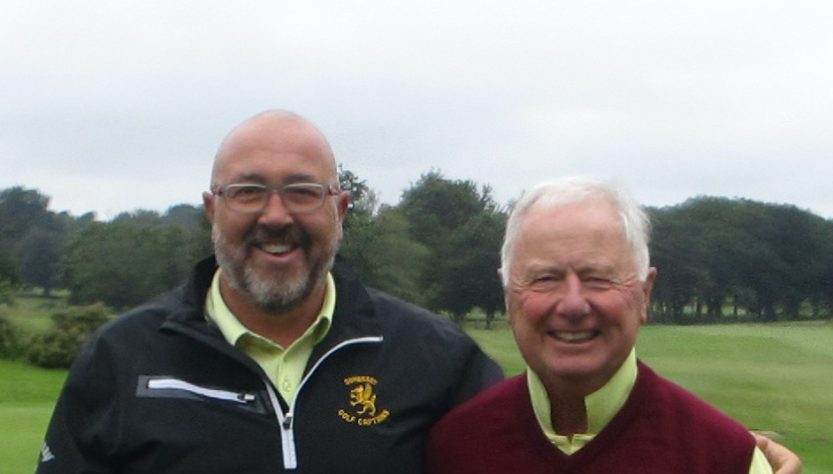 Berkshire came out victorious when the annual “Four Counties” event was played at Broadstone Golf Club on Tuesday 29th June 2021. The “Four Counties” golf tournament is an annual competition between Somerset, Wiltshire, Dorset, and Berkshire. The course was in great condition..

The format for the competition is a stableford four ball better-ball, with six pairs from each county. Played off the yellow tees with full handicap (maximum 18), the best five scores from each county are added together to find the winner, with the sixth score used in the event of a tie.

Next for Somerset were John Beer & Paul Hucker. A poor front nine and a better back nine resulted in a score of 36 for Somerset 2.

Somerset 3 consisted of Paul Wills and Mike Rossiter who returned a score of 35.

Next were David Bate & Max Putnam who also returned a score of 36 as Somerset 4.

Last, but not least, were Roy Parmiter and Murray Parsons as Somerset 6, who carded another good score of 41.

So the overall team score for Somerset was 196.

The overall results were

The consolation for Somerset was that Stephen Butterfield and Andy Carter won the prize for the best front nine with score of 23. The highest overall pairing was the Berkshire team of Andy McLean and Tony Payne with 47 points

The origins and history of this competition are very interesting. It started when Derek Bryant from Berkshire and Trevor Jenkins from Somerset tried to arrange a fixture – but couldn’t fit one into their schedules. So Derek and Trevor agreed this inter-county format instead. The former Berkshire captain Tom Sherry presented the trophy in 1984. The trophy is named after  Sid Hoare who was a great benefactor of Berkshire Golf Captains. Sid was also the sales director of Brooke Bond PG and his claim to fame were the famous “PG Tips” chimp adverts. It is for this reason that the trophy takes the form of a tea caddy – which is accompanied each year by a packet of PG loose leaf tea. Indeed on the first occasion the trophy was filled with tea! The individual prizes were made up especially for the competition.

We would like to thank Dorset Golf Captains and Broadstone Golf Club for their superb organisation and hospitality. The Somerset team had a great day and we look forward to next year’s event which will be played at Frilford Heath Golf Club in Berkshire.