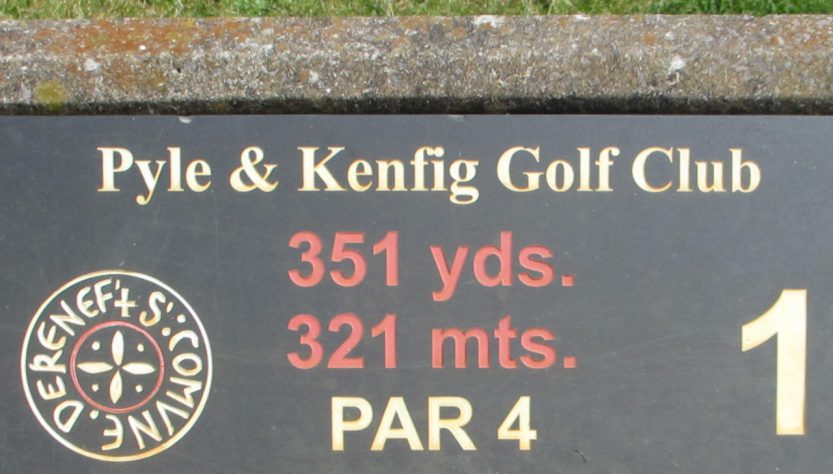 The sun was shining and the temperature soaring when Somerset Golf Captains travelled to Pyle and Kenfig Golf Club on Thursday, the 15th of July to play the South Wales Coast Captains Golf Society.

Club captain Gareth Wilcox welcomed both teams to Pyle and Kenfig which had been used recently for the Welsh amateur championship – so the course was in superb condition. In reply, Captain of Captains Stephen Butterfield urged the Somerset team to extend the number of wins they had previously secured over South Wales Coast. However, as events later transpired, this motivational speech also spurred on the opposition to regain the trophy last won by Somerset in 2019 at Enmore Park.

In match two, Andy Carter and Steve Taylor played against Club President John Savile and Society President George Renton. Having visited god’s green country, Andy and Steve never expected to play two golfing gods and were six down after nine, Somerset were accepting of a 3 & 2 loss against great company.

In match three, Paul Hucker and Paul Middleton played against Dilwyn Bull and Bill Clark. This was an enjoyable match despite the score. The helpful and courteous opponents mastered the course and the conditions exceptionally well to secure a 7 & 6 victory for South Wales Coast.

In match four, Rob Fear and Phil Barrett secured the only victory for Somerset against John Jones and Jeff Price. Rob and Phil dovetailed well and enjoyed the superb welcome as always from the South Wales captains.

In match five, Stephen Parker and John Whitewood played against Tony Dobson and Viv Morgan. Somerset were two down after nine and an even back nine resulted in the Somerset pair losing the match on the 17th hole by a margin of 3 & 1.

In match six, Keri Allchurch and Scott McKechnie played against Stephen Powell and Judith Wenman. A game of very few holes halved. All nine holes on the back nine were won or lost! There was some great and some average golf, with great company, with the match finishing all square after 18.

In match seven, Iain Robertson and Bob Smith played against Andrew Eveleigh and Graham Bartley. The home team were always ahead. Great company and lots of banter but not too much golf of any note from the Somerset boys. Very friendly match and great company but Somerset lost by 5 & 3.

And in the final match John Beer and John Shakesby played against Steve Parry and David Bailey. Somerset were quickly two down as David opened with three pars. John Shakesby then pinched a hole back and the Somerset team clung on. The game was nip and tuck until John again sank a monster put on 16 to go one up with two to play. The South Wales Coast Captains managed to win the 18th and the match finished all square – which was the right result.

So with all the matches completed, the overall result was

Both teams had a wonderful three course meal, followed by entertaining speeches from both captains. The speeches culminated in Stephen Butterfield presenting the trophy to John Linton before everyone made their journey home – despite parts of the motorway network being closed!!