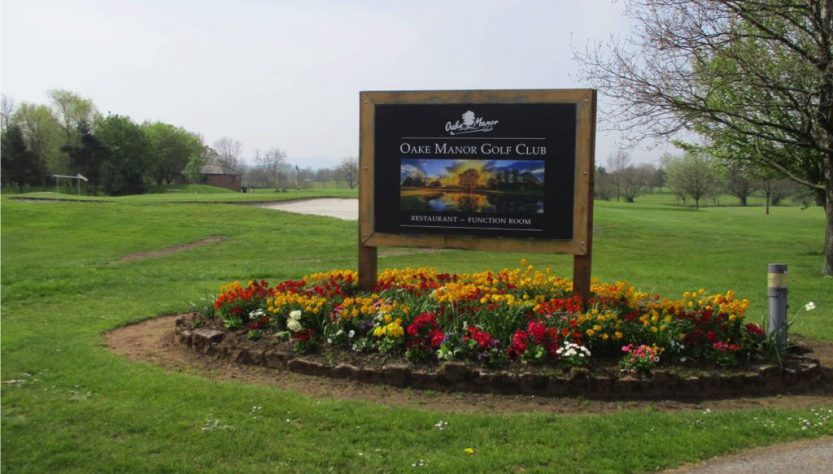 Eighty eight Somerset past captains were greeted with fog and mist when they gathered at Oake Manor Golf Club for the spring meeting on the 17th of April 2019. A large group of members were patiently waiting to tee off, whilst the captains could however enjoy the coffee and bacon roll on arrival and wait for the fog to clear.

The pro-shop were very efficient in managing the delayed start for members, and  by 10 o’clock the fog was starting to clear and past President George Davis struck the first tee straight shot down the fairway.

Over the next three hours, 88 past captains of Somerset golf clubs competed in a four ball better ball competition, played off full handicap using the yellow tees with both scores to count on the par-3’s.

This little twist to the stableford scoring system produced some interesting results with no-one quite sure what might represent a winning score. The course was in great condition and the weather improved as the fog cleared; the sun came out and the temperature started to rise. There were even some past captains playing in shorts and T-shirts!!

As each group finished, they were able to enjoy a two course meal consisting of the Oake Manor carvery and a selection of home-made desserts from the sweet trolley.

The past captains were delighted to enjoy the company of former President Ken Hinchliffe (Taunton and Pickeridge Golf Club), who helped to sort out the scorecards with treasurer David Andow and present some of the prizes. Thank you for coming Ken.

The presentation of prizes began at about 6 pm and the results were as follows:

In fourth place (on countback): Brian Cherry and Roy Quipp (both Clevedon) with 50 points

In second place, (also on countback) local pairing of Richard Clist and Graham Salway (both Oake Manor) with 51 points

And in first place, the clear winners were Vice-President Bob Acland (Mendip Spring) and former Captain of Captains Ben Gliddon (Minehead) with a magnificent score of 53 points.

A full set off results can be found here: Spring Meeting RESULTS

After the presentation, and before the AGM, club captain Mike How welcomed everyone officially to Oake Manor Golf Club. And in response captain Andy Carter complimented the club on the condition of the course. Andy also thanked the pro shop who were particularly helpful and the bar and catering staff. Andy then presented Mike How with a cheque in the sum of £300 as a donation from Somerset Golf Captains to the Captain’s charity which this year is the Bridgwater based charity “Brainwave”.

Everyone enjoyed a great day on and off the golf course and Somerset Golf Captains would like to thank Oake Manor Golf Club for their superb hospitality. We look forward to seeing everyone during the summer for the inter-county matches, or the Autumn Meeting which this year will take place at Saltford Golf Club on 19thSeptember 2019