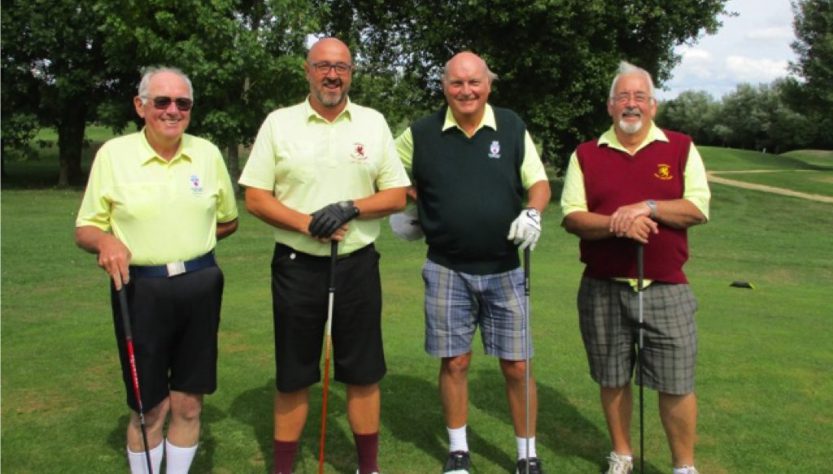 Somerset Golf Captains played their final match of the 2018 season against Devon Golf Captains on Thursday, the 30th of August 2018. A warm day with a light breeze welcomed the two teams to Long Sutton Golf Club.

In match one, Andy Carter and John Paterson played against Ben Lynch and David Barker. This was a great game to finish the competitive season with superb company alongside JP and the Devon captains Ben and David. This was a tough game that started slowly for Somerset, but we rose to the top like the Excalibur – “Lady of the Lake”. A 2&1 win for Somerset in the first match.

In match two, Keri Allchurch and Stephen Butterfield played against Philip Webb and Steve Ryder. This was a good game played in the traditional fine spirit. Led by Keri, the Somerset boys just squeezed out a result to win 3&1. Thanks to Phil and Steve for their good company.

In match three, Ben Gliddon and Rob Ford played against Malcolm Jordain and Lew Easter. Very enjoyable match – “when we could get a word in sideways “. This one finished as an honourable half.

In march four, Mike Stringer and Rob Fear played against Hamish Marshall and Paul Steele. This was a very close contest, which started all square and finished all square! Hamish learnt to take the banter. Great company played in a good spirit.

So after four matches, it was looking good for Somerset with 3 points and only one for Devon at this stage.

In match six, Murray Parsons and Frank Ryan played against Terry Thorne and Ian Bulpin. Somerset managed to snatch defeat from the jaws of victory after a very enjoyable match but eventually lost one down.

In match seven, Malcolm Terry and Colin Warnes played against Roger Monson and Dudley Price. A sound game of golf from Colin, combined with a few birdies from off the green, gave Somerset the advantage which was difficult for the away side to pull back. Somerset 5&3.

Last, but by no means least, in match eight, Roy Parmiter and Iain Robertson played against Brian Rice and Stuart Darke. The Somerset dream team fell foul of the Devon Vice Captain Brian Rice who had one of those days. When he went to sleep, his partner came in. In the end the Somerset boys waved the white flag on the 15th and lost by 5&4. Well played to the Devon boys.

So the final match of the season finished as a draw : Somerset 4 points and Devon 4 points.

We would like to thank the match manager Roy Parmiter for his ongoing support and organisation.