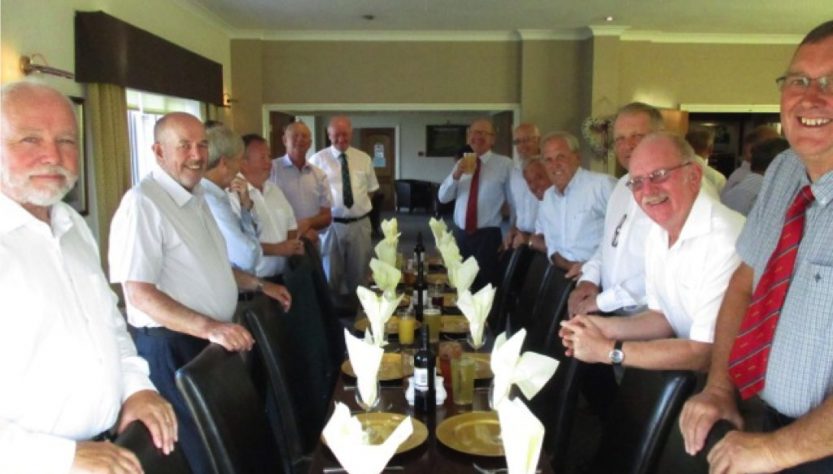 Erlestoke Golf Club was the venue for the 2018 fixture between Somerset Golf Captains and Wiltshire Golf Captains on 26th July 2018. The match was played off the white tees in fine and sunny conditions; warm but with a slight breeze.

In match 2, Murray Parsons and Chris Warcup were beaten into a pulp by two birdies plus 13 shots to give away to Baz Worth and Neil Black. Wiltshire won this game 6 & 5.

A very enjoyable match 3 saw Richard Birch and Richard Dore halve the first six holes against Martin Lang and Gary Farndon. Then it got interesting right up to the 18th, but Wiltshire held on the lead and won 1 up.

Steve Butterfield and Mike Nash, in match 4, lost to a very nice couple: Trish King and Ian Armstrong. The star of the four was Trish – so straight it was almost boring! She played very well and Ian chipped in now and then, the result was a 4&3 win for Wiltshire. At the half-way stage, the match score was now Somerset 1 Wiltshire 3!

Better news for Somerset in match 5, when Andy Williams and Rob Fear won by 2&1 against Mike Bowes and David Ruffett. This enjoyable match hinged on holes 8-11, where, despite giving shots, Somerset managed to halve those holes and win the next two. Then never looked back.

Another Somerset victory followed in match 6, where John Chillington and Phil Barrett played against Dick Solomon and Fred Pysk. A good match with enjoyable company, the Somerset pair mashed together as a team – with Phil’s skills and John’s shots!

The first and only half of the afternoon followed in match 7, when Geoff Rooke and Mike Poole shared the honours with Ian Mitchell and Ian Vincent. An enjoyable game all round and a fair result. So after seven games, the match score was now Somerset 3½ Wiltshire 3½. Everything depended on the final game!

In match 8 , Glynn Sewell and Jeff Saunders were playing against Tom Whittaker and Chris Keen. Good company and conversation the round – with occasional golf thrown in as well. But Somerset came out on top by the score of 2&1!

So the overall match result was Somerset 4½ Wiltshire 3½. Congratulations to the Somerset team.

Special thanks too to the Somerset match manager for this fixture – Steve Butterfield. Well done Steve.