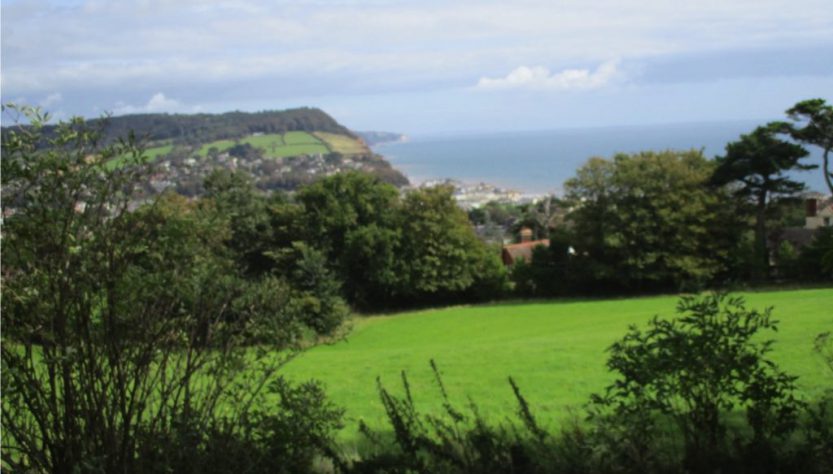 Sidmouth Golf Club was the venue for the 53rd meeting between Devon Golf Captains and Somerset Golf Captains on Thursday, the 29th of August 2019. For those who haven’t played it, Sidmouth is a delightful golf course built around the side of a hill, and the ball always runs towards the sea!

In match one, Somerset Captain Stephen Butterfield and his partner John Whitewood played against the Devon captain Brian Rice and the Sidmouth captain Neil Holland. In the person of Neil, Devon fielded both the current Sidmouth Captain and the current club champion : playing alongside the Captain of Captains who is also a Sidmouth member! A four hole lead was quickly established by Devon and then Somerset won three holes to cut the lead back to one up; before Devon eventually ran out winners by 3&2.

In match two, Keri Allchurch and Denis Compton played against Cliff Harris and Max Pipe. Devon came out of the blocks quickly and stayed in front. Sidmouth is a course you need to play several times to understand how it works, but it was in great condition and the camaraderie was great. Not one but two “LUFC” ball markers in play (one for Somerset and one for Devon) but Devon won by 4&3.

In match three, David Bate and John Chillington played against Brian Steer and Phil Webb. This was the first time for the Somerset players at Sidmouth Golf Club and they really enjoyed the course and the views. They had a great game with the Devon boys Phil and Brian, who came back from being three down to take the spoils with a 2&1 victory. Very enjoyable day played in good spirit and in great fun.

In match four, Colin Davies and Peter Dawson secured to the first point for Somerset against Hamish Marshall and Mike Penlington. This was a very enjoyable game with excellent company; the course was in good condition but difficult to play with sloping fairways and very fast greens. Hamish and Mike were good opponents and great company but Somerset won by 2&1.

In match five,  Roger Major and Paul Middleton played against Ted Rockey and Chris Timms. This was an excellent day and a very tight match was played in the very best of spirits on a delightful course; and the match was eventually halved!

In match six,  Frank Ryan and Mike Snaith played against Malcolm Jordain and Lew Easter. This was an interesting challenge !  The company was great but the golf was indifferent – a half was a fair reflection at the end of the day.

In match seven, Tony Taylor and Trevor Watts played against Terry Thorne and Neil Hayman. Again this was the first visit to Sidmouth for the Somerset players (last time they came here they played cricket). Somerset had some good luck but prevailed, having one leg shorter than the other on the first nine and the situation reversed on the back nine. Somerset winning by being 1 up.

In match eight, Dave Rich and Chris Warcup played against Bob Webber and Stewart Jackson. The Somerset boys enjoyed the magnificent views but found the greens very, very quick. Well played Devon who ran out as winners by 5&4.

So, with all eight matches completed, the overall score was Somerset 3, Devon 5! Devon retained the trophy which was halved last year at Long Sutton. The position after 53 fixtures is that Somerset have now won 19, Devon have won 29, and five have been halved.

The photographs below give a good indication of the friendship and good company which both teams enjoyed in the clubhouse before and during the meal.

Somerset Captain Stephen Butterfield said “Jokes abounded within the speeches. The Sidmouth Captain, Neil was particularly raucous ably supported by Malcolm Jordain.
The catering and course were first class, as was the company of our Devon friends.”

We would like to think our manager Chris Warcup for his support and his organisation.