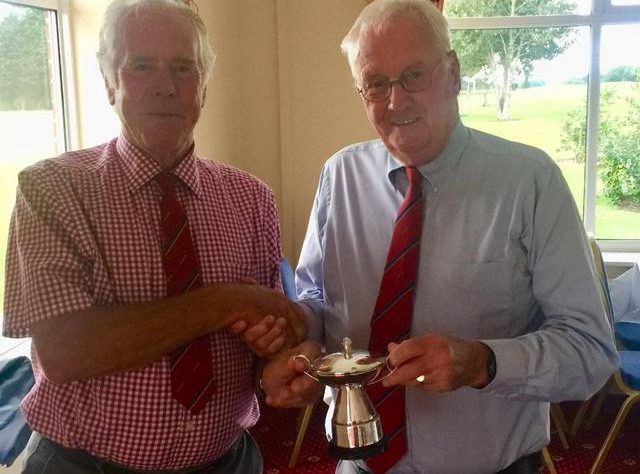 Once every year the current President of SGC has the pleasant duty of hosting all the available previous Captains of Somerset Golf Captains, to a game of golf and Dinner.

The current President Mike Usher-Clark, was pleased to welcome to his home course Worlebury Golf Club –

Apologies were received from

The food was good both at lunch and dinner. The course was manicured and with the greens receiving and playing nicely.

The 12 golfers did their best over 18 holes and the winner was unknown until after Dinner.

The pictures which follow are a few portraits and last year’s winner presenting the cup to this year’s winner.

In third place was Mike Usher-Clark with 35 points and on 36 points, both Roy Parmiter and Frank Ryan.

So count back was needed and from the better back 9, FRANK RYAN, was this year’s winner.