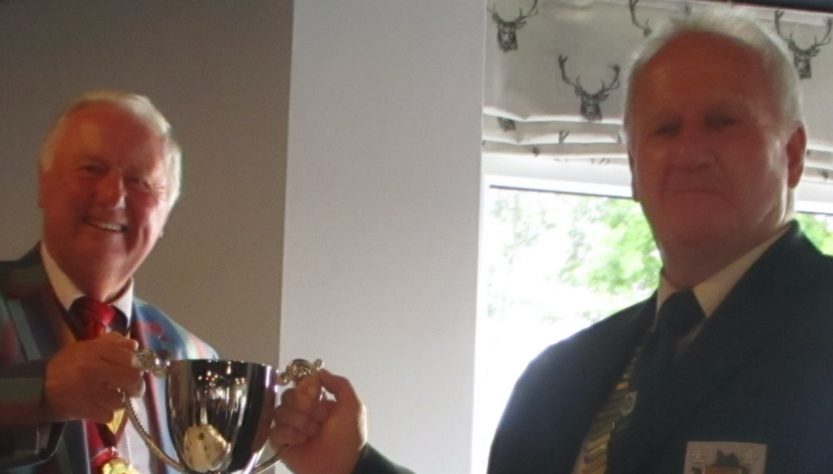 Gwent Golf Captains travelled to Long Sutton Golf Club in Somerset on Monday, the 2nd of August 2021. The weather conditions were dreadful as the following match reports will confirm.

In match one. Stephen Butterfield played with Rob Hirons and this was a close match before rain stopped play. An honourable half was agreed on the 16th. Thanks to the Gwent pair of Chris and Toni for a  close match. People say it rains in Wales but it also rains in Somerset….

In match two, Angela Baker and Rich Bartin enjoyed some great company but unfortunately the Somerset pair left their ‘A’ game at home and lost by a significant margin to the President of Gwent Golf Captains.

In match four, Stuart Mann and Mike Poole enjoyed a good game played in good spirit. It was just a pity about the weather!!

In match five, Bob Acland played with Murray Parsons and some good golf was played in great company. With the sun shining on the Somerset boys, Somerset were three up after eight but then it rained and by hole 12 it was all square and both teams agreed an honourable draw.

In match six, Keri Allchurch and John Chillington competed in a hard-fought contest that went all the way to the last putt on the 18th… before the four new friends produced an honourable half. The weather was atrocious!!!

In match seven,  David Andow played with Christopher Warcup and they enjoyed some great company but it was a pity about the weather.  Like cowards, the  players agreed to suspend the match by a mutual decision and agreed a good half.

And then, in the final match Geoff Rooke and Rob Ford also agreed a half in very wet conditions but in very good company!!

With so many matches abandoned or suspended, both Captains agreed that the record will show the match was halved 4-4 and the trophy would be engraved to this effect.