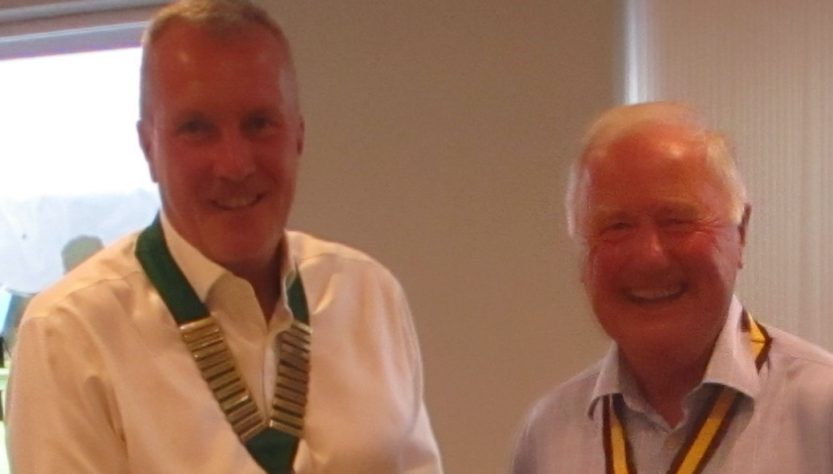 Evesham Golf Club was the venue for the match between Worcestershire Golf Captains and Somerset Golf Captains held in blistering temperatures on the 22nd of July 2021.

In match one, Stephen Butterfield and Mark Moorfoot played against Alan Bishop and Brian Marshall. Worcestershire put two low handicap players in, so Somerset went into this match very nervously. Luckily the strokes given were very welcome and Somerset won by 2&1.

In match two, David Bate and Peter Dawson played against Paul Walker and Mike Field. This was an enjoyable course with some quirky holes and the Somerset players would love to come back and play it again as they secured a victory by the margin of 3&2.

In match three, Murray Parsons and Glyn Sewell played against Rob Millward and Dave Callwell. This was a tight match played in good company. Somerset should have taken more notice of their opponents’ local knowledge of this course, and eventually lost by being 2 down..

In match four, Tony Taylor and Rob Fear played against Derek Tranter and Garmon Ingham. The Somerset players found it unusual to play nine greens from eighteen tees, but this format certainly kept it interesting. A good time was had by all but Somerset felt they were robbed – when they lost by being 1 down at the end.

In match five, Rob Hirons and Iain Robertson played against Graham Dunphy and Brian Morris. This was a very good match played in great spirit. The Somerset boys got in front and managed to stay there. Thanks to the Worcestershire boys for a great day out. Somerset won by being 2 up.

In match six, match manager Chris Warcup played with Vice-President Roy Parmiter against Peter Moore and Martin Tumelty. A beautiful day  and some excellent golf played in good company. This was a well fought match and a half at the end was the correct result.

In match seven, Harold Lidbitter and Colin Davis played against John Eastoe and Neil Jenkinson. The Somerset pair obviously enjoyed the course very much and hope to return later with some golfing friends as they secured a comfortable victory by 6&4.

In the final match, Mike Usher-Clark and Richard Bartin played against Stefan K and Kevin Woodham. Unfortunately,  in this game too old crocs from Somerset where defeated by the course and the opposition whose local knowledge proved to be crucial with Somerset losing 2&1.

So on completion of all the matches, Somerset came out victorious and retained the trophy with a winning margin of 4.5 points to 3.5 points.

Somerset Captain of Captain Stephen Butterfield was particularly impressed with the course and the friendship and good spirits shown by both teams. The Worcestershire Captain  Alex Bishop has messaged us to say: “Well done to the Somerset team, a marvellous day had by all”.

We would like to thank match manager Chris Warcup for his efforts and organisation.